It’s been a tough couple of years for everyone, including all those associated with the performing arts. 2022 has seen our band emerge from lockdown restrictions to holding our regular Wednesday evening rehearsals, as well as planning and performing at concerts and Citizenship Ceremonies. While there is still some anxiety regarding the pandemic and indeed the flu and other contagious diseases, players are encouraged to stay away if they are ill, and socialising during rehearsal has been somewhat restricted by not having a formal break. Some players also prefer to wear a mask when not playing. So far everyone has very much appreciated the return to regular playing. We enjoy what we do and love to share this joy with others.

As with all community organisations, players come and go over time. A number of new players have joined our ranks over the past year, including Steve Cairns and Barry Corkett on euphonium, Harvey Drysdale on Baritone, and Rebecca Strutt and Ron Rynn on cornet.

Here is a recent photo of new citizens being sworn in by Mayor of Inner West Council, Darcy Byrne

Players and friends of Leichhardt Brass were devastated at the loss of Janis Neville on the 25th May 2022. Janis had bravely fought illness for many years.

We were also devastated at the loss of good friend to LCB, Ken Bradley, who also passed away on the same day. 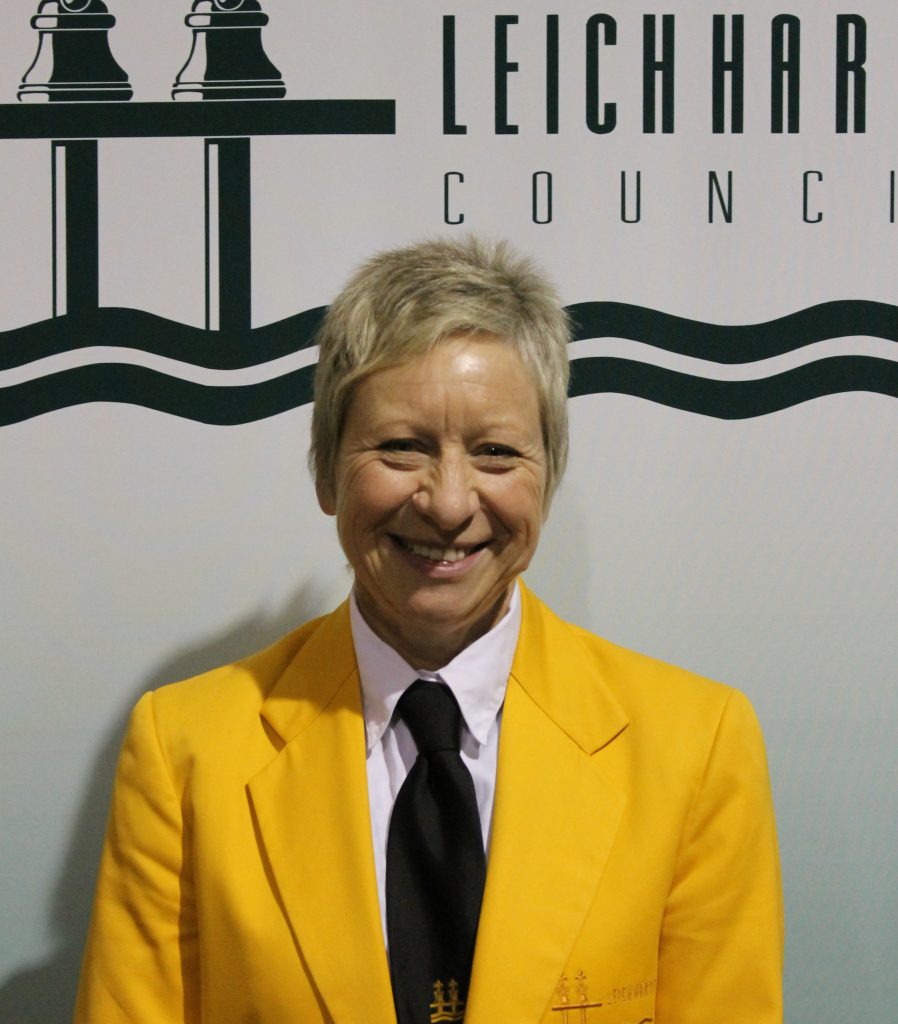 In March this year we were kindly invited to participate in a joint concert with Camden Community Band. The theme for the concert was Symphonic Sounds and Super Soundtracks. Below are some highlights of our performance, courtesy of Murray Bishop, Director of Camden Band

On the 20th February 2021, Brother Mark Ryan passed away and as a member of the Leichhardt Celebrity Brass Band for more than 20 years has left that group saddened by their loss.

Brother Mark was an outstanding band member. Interested in all aspects of the band’s activities, he was supportive of all endeavours, welcomed other’s achievements and in a variety of capacities lead and supported the band and its members. He was the first president of the Leichhardt band as well as a life member of the Holroyd Band.

As a teacher he influenced a large number of students over the years in academic, musical and personal areas. He worked in schools at all levels as a teacher, Principal and example to students, many remembering him with affection and gratitude. Brother Mark retired from teaching at Holy Cross College, but continued living at the school and continued to assist in the school’s activities.

With Leichhardt Band, Brother Mark was involved with all activities- he sang played bass and played saxophone on occasion. More importantly he was part of everything from organizing a tour of Ireland to organising a concert at the Town Hall. Personally, Brother Mark was an engaging person with a lively sense of humour. He always had a joke to tell- always without rancour. He was a deeply religious, good man who offered wise counsel on band matters and valued other members for their potential and achievements.

Leichhardt Brass Band is the richer for having Brother Mark’s membership over the past years and the poorer for his passing. He lived to high standards and met them well.
Vale Brother Mark

Our Leichhardt Band family was saddened this morning to learn of the sudden death of our very dear Brother Mark Ryan. Yesterday Mark played his bass and chatted with friends over a cup of coffee, which made the shock so much greater. Mark has been a band member for many many years, almost single handedly planning one of our overseas tours, and conducting the band from time to time. We will miss him very much 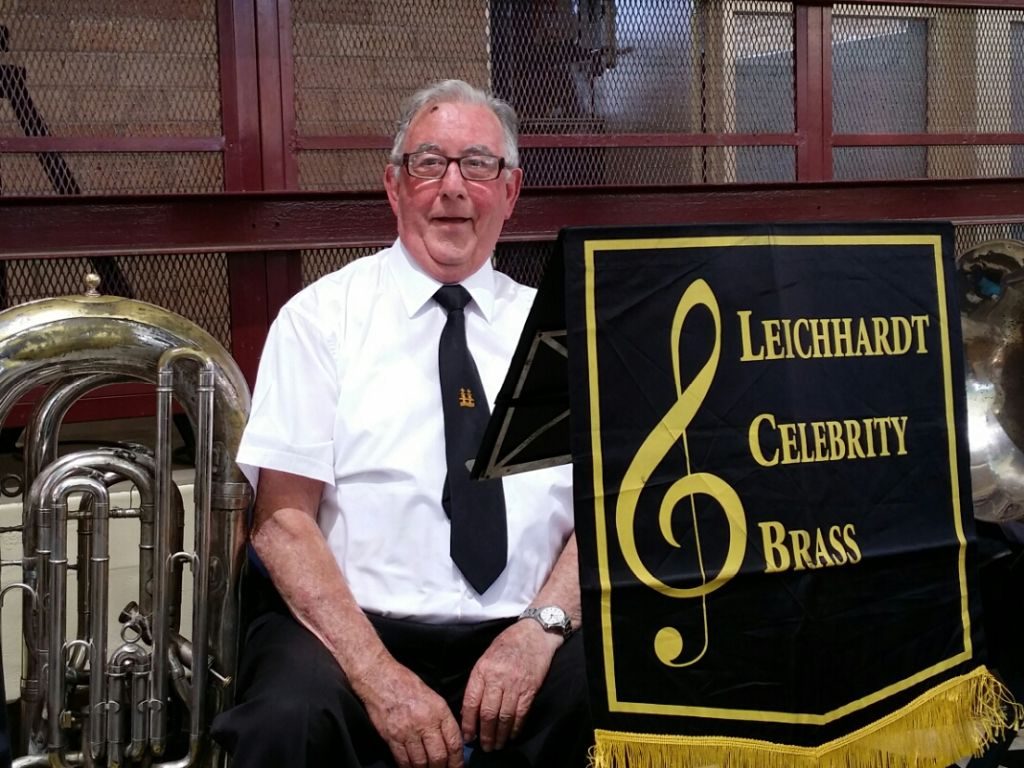 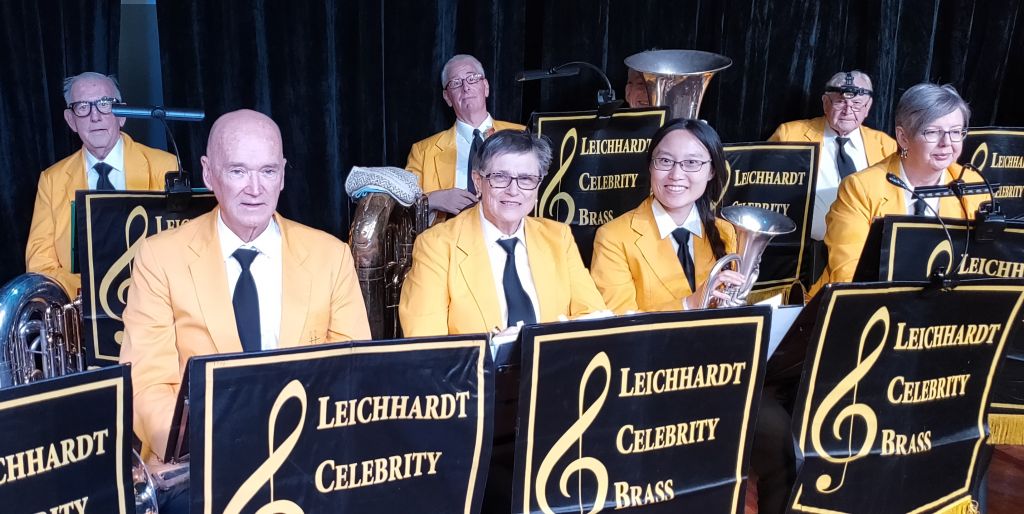 We spent a most relaxing day on the Georges River at the end of the year to celebrate another great year of banding and community involvement. Couldn’t think of a better way to spend a few hours with our band friends, including some special guests that we were pleased could join us

Once again we had a lot of fun performing at various functions over the Christmas period. Here’s a visual journey of Christmas for LCB

Balmain, what a top spot for an outdoor concert. We keep coming back every year because we love it!

Festival of Music Concert, May 2019

Rae and the band 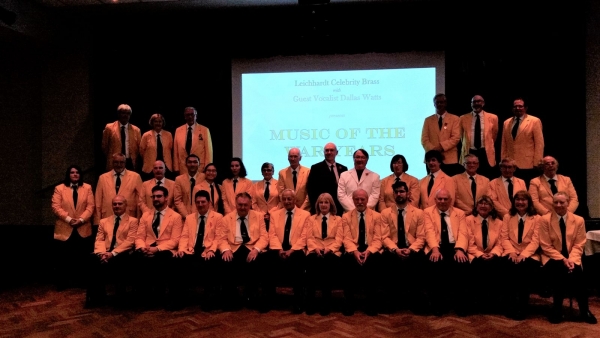 The band with Mr Dallas Watts

We had a blast performing this concert once again, especially on November the 11th. We hope all those who attended had as much fun watching as we did performing! And thanks to Dallas Watts for his collaboration with this concert, and sharing his beautiful baritone voice with us. 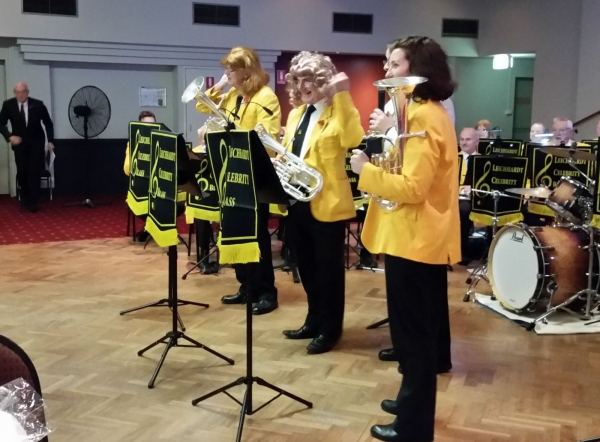 We even resurrected the Andrews Sisters for the occasion! 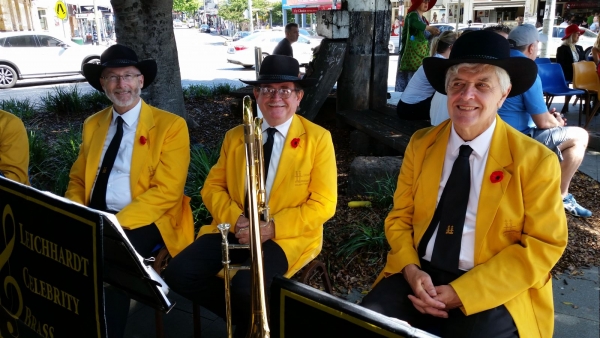 Leichhardt Celebrity Brass were once more in attendance this year at the Loyalty Square Cenotaph for the Remembrance Day service, commemorating 100 years since the signing of the Armistice which ended World War I hostilities. As always, it was an auspicious occasion with a large crowd in attendance.

Music of the War Years

Our first Music of the War Years concert was held on Sunday the 4th of November at Petersham RSL. It was a great success, with great wartime tunes, visuals, singalongs, a brilliant guest vocalist in Dallas Watts, as well as a surprise visit from the “Andrews Sisters”! 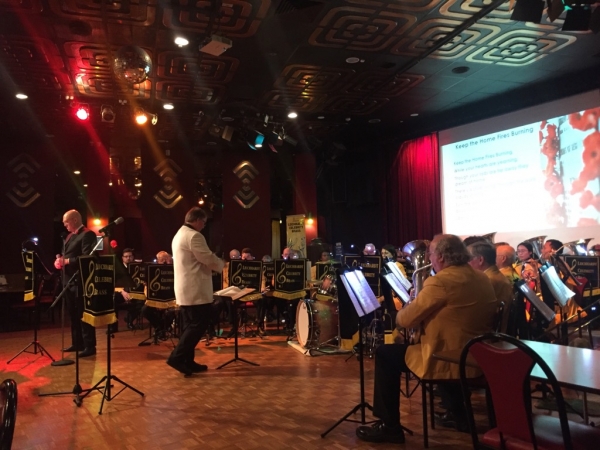 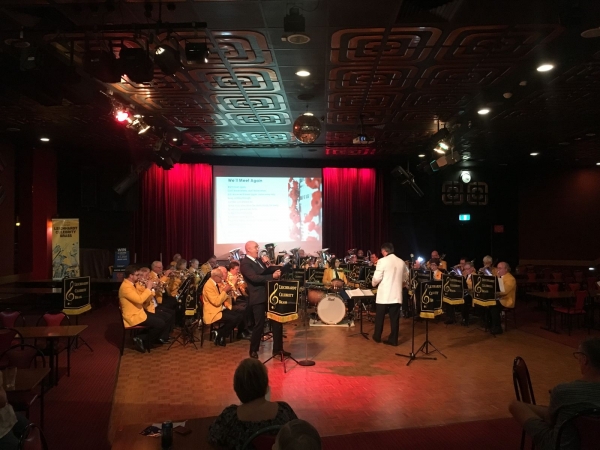 For our Armistice Centenary concerts this year we were delights to welcome Dallas Watts as a guest vocalist. Dallas performed the haunting Jerusalem, the hymn used to give hope to the soldiers fighting on the Western Front in World War I. He also performed the beautiful Requiem for a Soldier, the theme song from the television series Band of Brothers, and arranged for our band by Dennis Williams (Solo Horn). Apart from his solo performances, Dallas did a superb job in leading the many sing-along medleys. 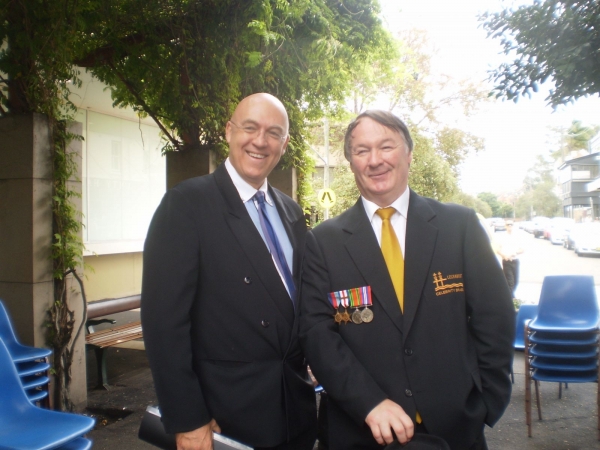 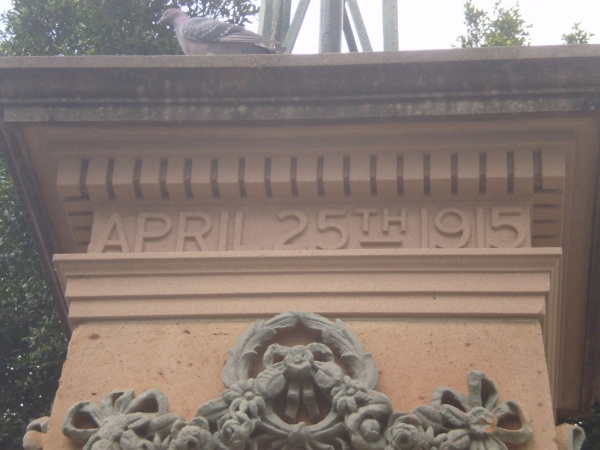 We are now very busy performing at Citizenship Ceremonies at three different venues! Once a month we welcome new Australian citizens either at Leichhardt Town Hall, Ashfield Town Hall, or Petersham Town Hall. 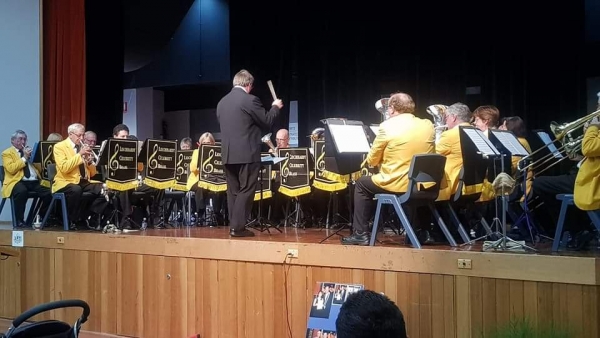